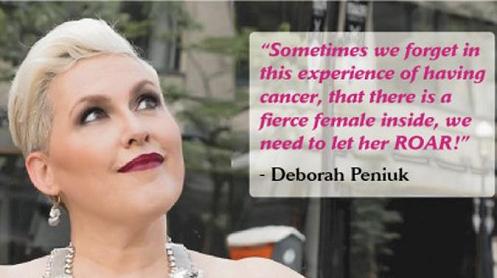 Being diagnosed with breast cancer has been one of the most challenging things to live with to date but knowing that Breast cancer isn’t just one type of cancer is something everyone should know. There are four main subtypes of breast cancer, with different characteristics, and therefore which require different treatments.

Fortunately, Triple-negative breast cancer can be treated with other drugs, such as chemotherapy, radiation therapy and non-HER2 targeted therapy.

Most of us go through chemotherapy, surgery and radiation therapy. I’ve had all 3 with 8 rounds of chemo, 2 major surgeries including Lumpectomy and Lymph Node Dissection and Breast Reconstruction.

For women in Ontario, breast cancer is the most frequently diagnosed type of cancer.

The above figures are taken from Canadian Cancer Statistics 2017. Read more: http://www.cancer.ca/en/cancer-information/cancer-101/canadian-cancer-statistics-publication/?region=on#ixzz58Gufdj7A

Allow yourself to be loved, know your body, get yourself checked. Take care of the organic machine that your body is…feed it with good healthy things. DIET, EXERCISE and ATTITUDE.

Spread the word – The more patient navigators and clinicians that know about our work, the more patients will be told about TNBCF at their point of diagnosis is when we can help them the most.